Built in 1367, after the previous of XII, was destroyed after one of the servants of the French cardinal Carcassona, washed his dog in the water of the fountain.
A woman in the district protested as it was the only drinking water. Some French servants insulted her, and the people of Pianoscarano rushed to define her. In the fight the woman was killed.
A fight broke out between Viterbo and the papal court.The population attacked the houses of the cardinals, the reinforcements from many countries arrived to help the Pope. Viterbo was forced to make peace.
The reaction of the Pope was very hard, 10 rebels were hung and 50 others imprisoned. The towers were demolished to the height of the roofs and the walls destroyed.
This fountain, that stands at the center of the district has always been a meeting place for the people of Pianoscarano.
In vintage time when it was necessary to wash the barrels, the fountain was taken by assault to grab the closer place.
It was established that the duty was assigned on the time it took them to roll their barrels down the slope that connects the street to the fontain.Even in these days this custom has been handed down during the Festival of the barrels held in
the end of September at the “Grape Festival”.
Its spindle shape, common to many fountains of Viterbo, is considered architecturally one of the most beautiful. Compared to the others it ‘s younger.
A little mystery is concealed by this fontain.Two unknown figures, a bishop and a saint are carved into the two sides placed over the lions, but nowadays they are not visible.
The fountain has the basin with columns and recesses.
The complex is formed by a column that supports an hexagonal prism,and on its sides there are sculptures reproducing the lion of Viterbo,supported by twisted columns through pointed arches. 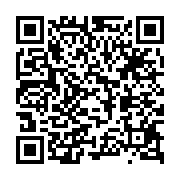