The fountain of Santa Maria in Poggio is without doubt one of the oldest of the fused fountains, typical of the City of Viterbo. The fountain is also called “della crocetta” (of the cross) because of the religious crucifix fathers, ministers of the sick, whose founder is San Camillo de Lellis. Of the Viterbese fountains it is again without doubt one of the oldest and most famous because of its connection with the young Santa Rosa (Patron saint of Viterbo). The legend narrates of an episode, remembered as one of the many miracles of the saint, in which the young girl who visited the fountain to fetch water, broke  her companions pitcher and was severely reprimanded by her; so the saint picked up the pieces and assembled them by miracle, refilled the pitcher and handed it back to her companion. The molten fountain, presents a circular basin; the base is formed by a step seperated from the street by a drain that collects the running water. Due to the similarities to the other fountains we can date it back to the XIII century. In the centre of the basin there is the spindle, characterized by its typical ovoid shape, where a male and female head protrude. Alternated by twos , lion heads that hold the spouts where the water flows. The spindle ends with an octagonal spire, on one of its faces is a low relief sculpture with a dog in a race, an element of originality of the fountain compared to the classic models, one of which is Santa Rosa. The episode represented recalls the miracle of the jug restored. 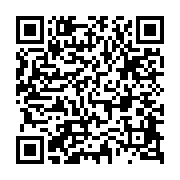