Fountain of the palace of Priors

The Palazzo dei Priori is in the Piazza del Plebescito, in the center of the city; nowadays home to the council of Viterbo.  It consists of two main buildings connected by an arch. Both, the also known as, Podestà and the Priori date back to the middle of the XIII century. The building was originally designed as the residence of the Papal Governor, but in 1510, with the Sistine restructuring not yet been finalized, the governor of the Patrimony evicted them from the Priors palace and settled their authority, allowing them to accelerate the work. From the door to the center of the arcade the path leads out to the garden bordered by a balustrade of granite, from which you are able to see the Favl valley. The idea of building a fountain in the internal courtyard of the actual Palace was advocated by the priors from 1585, to respond to pure practical needs. The fountain was designed by the Viterbese painter Filippo Caparozzi and executed by the Viterbese sculptures Antonio Pieruzzi, Agostino Prosperi, Leonetto Carrarini and Antonio Conti. Sculptured on the basin, at the bottom, there is the coat of arms of the Genovese Girolamo Grimaldi, governor of Viterbo from 1625 to 1628. At the center of the basin there are four dolphins that hold an inverted rimmed cup with their tail fins, at the top there are two bronze lions that hold a palm, simble of Fèrento. The lions were sculpted by the Viterbese painter and sculpture Carlo Jelmòni. The water gushes into a lower basin and from there into the lower part of the fountain through spouts in the form of lion’s heads. 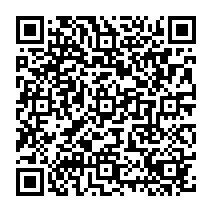