The “ Fontana del Gesù”is an imposing fountain which stands in the middle of the square of the same name, where the 11th century Chiesa del Gesù, with its small tower, formerly known as the Church of San Silvestro, provides a romantic background.
Piazza del Gesù was a social and political centre for Viterbo before Piazza del Comune (the town square) was built.

In 1450 Mastro Cecco da Mugnano was commissioned to undertake the fountain reconstruction, but it was completely rebuilt in 1923. The lower water basin comes from the previously demolished cloister of the late Renaissance convent of San Domenico. The fountain has both a medieval and renaissance style and is composed of two superimposed circular basins, with two steps on the base and a recess for draining water. A six small- pillared pedestal ending with a Corinthian capital emerges from the centre of the basin. The capital supports the first circular basin which has six lion heads spouting water. A smaller pedestal with three lion heads, and those of a sheep , a horse and an ox serves as a base for the upper chalice, which is decorated with acanthus leaves. 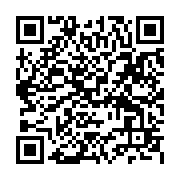