The ruins of the Roman city of Ferento rise on top of the Pianicara hill, about 7 km far from Viterbo along the Teverina road  heading to Celleno.

The old town is crossed by the via Publica Ferentiensis that, branching from the Cassia road near the Bacucco Thermae, heads towards Falerii Novi, another important Roman town of the late republican age while the remains of  the theatre  and the baths rise southward on the Decumanus maximus.

The theatre, built during the reign of Emperor Augustus and later restored during Severus age, still shows remarkable evidences  of the stage with its pulpit, the lower  floor of the frons scænæ whose basement is built in opus reticulatum and  the back stage that is made of bricks and fragments of local stone. The original marble panelling is now almost completely   lost while the cavea (hæmicycle) still preserves the original outer arcades made of huge tuff stone blocks.

The Roman baths are set next to the theatre, they constitute a stately brick building characterized by opus reticulatum walls;  the baths’ plan and almost every original room can be identified; besides the massive ruins and floors with black and white geometrical mosaics, traces of the marble panelling and the original plaster are still visible.

The great part of the town hasn’t been explored yet, with the exception of a small area where the Università della Tuscia has been carrying on excavation campaigns. Little is known about the history of Ferento  as a town during the imperial time, by the end of it the site was completely neglected: the barbarian burials found among the ruins prove the town to be reduced, like many others, to a tiny village. It managed to survive in that dimension until 1172 when it was conquered and completely razed by Viterbo’s inhabitants. 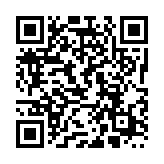