Castel d’Asso town and necropolis stretches along the road heading to the Terme dei Papi, about 8 km far on the western end of Viterbo.

The archaeological site comprehends the remains of a medieval castle formerly built on the ruins of the ancient Roman-Etruscan town Axia. The monumental rocky necropolis is rich in evidences ranging from the Etruscan age to the middle Ages.

In a highly evocative  environment there is a great number of rocky tombs of the semi-dice type; they show fake doors and a sottofacciata room, dating back between the IV and II century B.C..  Among the others, the Tomba Orioli (II century B.C.) is worth being pointed out: the tomb shows a chamber 17 meters long containing 67 pit-shaped graves.

The Tomba Grande (III century B.C.) is the biggest of dice-shaped rocky tombs in Etruria. 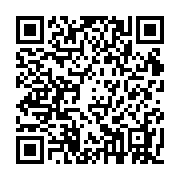